QUOTE OF THE WEEK

For about 10 minutes, Mr Bindeeba and Mr Mbabazi who was already on the podium were engaged in verbal exchange. The revelers yelled relentlessly at the DPC, throwing around bottles and tins. “Let him talk, let him talk…” they shouted.
It took the intervention of the Rwizi Regional Police Commander, Mr Hillary Kulayigye, who talked to Mr Bindeeba to leave Mr Mbabazi.

Quote Of The The Month:

Mr Bindeeba said on Monday, “For us we did not block him, but we wanted to know his programme and give him security.”

Kampala.
President Museveni has blamed his failure to retire on Ugandans who keep re-electing him after every five years when his term expires.

He said each time he seeks to go home, Ugandans keep voting him back thus denying him the opportunity to retire.

Colonial Mentality; Quotes Of The Century:

A Ugandan-British Entrepreneur Trying To Invest In His Mother Country:

There is an unfortunate thinking in Uganda that investors must have a particular skin colour and if you are black and not well-known, you are assumed a crook. “I was given an appointment on phone, but when I turned up at the office, I was asked where my boss was.”

“You are heroes. You have done Uganda very proud. The international community, especially Queen Elizabeth, expressed happiness with your work in Mogadishu“, Kiyonga told the incoming group. –we lost five troops and eight were injured.

Quote of the Week:

“By the time you’re 34, you have a lot of experience but if you can stay in shape, stay fit, still move, still hit the ball and don’thave five kids at home, then why not? I have no kids, I can still move, hit the ball quite well, and I’m fast and I hit hard, so there’s nothing holding me back from being here and doing well.” – by 34-year-old Venus Williams

“I am as broken and ashamed as a bride who is not a virgin on her wedding night,” a lieutenant colonel says. – Iraqi military humiliated by retreat

Conducting research requires funding, and today’s research follows the golden rule: The one with the gold makes the rules.

“If it’s a legitimate rape, the female body has ways to try to shut that whole thing down.”

“There comes a time when silence is betrayal.” – Martin Luther King Jr.

“It is of no use closing the gates after the cows have already escaped”.

Africans must break their characteristic ways of always looking for support from else where. It makes it impossible to build projects that will stand the test of time- Hon. Janet Museveni; sent by Mr. Samuel Watulatsu

Although the missing money was discovered in private bank accounts, not all of it was  ‘misappropriated’ but merely ‘irregularly managed’. – Amama Mbabazi on stolen aid.

A great many people think they are thinking when they are really rearranging their prejudices.

Forbes Thought Of The Day

“ Instead of loving your enemies, treat your friends a little better. ”

warnings of Warren Buffett that were never taken serious:

In effect, our country has been behaving like an extraordinarily rich family that possesses an immense farm. In order to consume 4 percent more than we produce — that’s the trade deficit — we have, day by day, been both selling pieces of the farm and increasing the mortgage on what we still own.

“but not north bse that was part of Sudan but Amin did his good work to make it part of Uganda but Bantu speaking where first created in Buganda”. (part of the comment made by some mis-educated Bugandan Kid!)

Forbes Thought Of The Day
“ The best of life is always ahead, always further on. ”
— William Mulock

You have to say this much for Desmond Hatchett: He has a way with the ladies.

The oldest couple among the newly wed was of Augustine Alaro 89, and his wife Maria Apio 82. He told the New Vision how he was gratified for God had answered his prayers to wed his longtime fiancé with whom he has 12 children.

“I only sold my cock to raise money for the rings and that is all. I am happy and if God calls me to be with him (die) I will be a happy old man to go because my dreams have come true,” Alaro said.

“This is a peculiar loan not see with naked eyes. We need to approve it because the World Bank plans to sign it this Friday.”- Robert Ssebunya -requesting Parliament to approve sh245b (USA$1,000,000) loan for improving value for money studies.

Resurrection is to Christ as Easter is to Eastre

I had a rose named after me and I was very flattered. But I was not pleased to read the description in the catalogue: – ‘No good in a bed, but fine against a wall.’  – Eleanor Roosevelt (Eleanor Roosevelt was the First Lady of the United States from 1933 to 1945)

Man is a food-dependent creature. If you don’t feed him, he will die. If you feed him improperly, part of him will die.–Emanuel Cheraskin, M.D., D.M.D.

You may have heard: “Don’t chew what you can’t swallow”

Here is a new one: “DON’T SWALLOW WHAT YOU CAN’T CHEW” 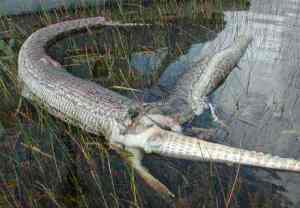 The meal that bursted a gut

The python’s last meal was too much for it to handle.

Q. When did you meet your wives?

A. In 2007, while at Uganda Christain University, Mukono, I approached two girls at different times for a relationship. Fortunately, both of them accepted my request. I had to marry both, because I did not want to cheat on any of them.

One response to “QUOTE OF THE WEEK”